In the Spring of 2009, Kawachinagano City and Carmel will be celebrating a 15 year anniversary of our relationship as sister cities.  Many world events have occurred during that time, with changes happening all over the world, but our friendship with each other’s citizens has remained strong and meaningful, with a future that will be full of continued discoveries about each other, and additional exchanges of many kinds.  Thank all of you for your help in our progress of learning about each other’s cultures.

We will continue to make you better acquainted with the city of Carmel and its latest activities, as we have done recently in contributing to your newsletter.

In 1837, the town of Bethlehem was laid out north of Indianapolis, and a general store was built.  A post office followed in 1846, and residents learned there already was a town in Indiana named Bethlehem, so the small community had to be renamed.  Someone suggested Mount Carmel, a biblical reference. However, again, a town already existed with that name, so the citizens dropped the name “Mount” and chose the name Carmel.

Some interesting facts about Carmel residents:

“Carmel is a safe and comfortable community.  The government is active and responsible, and there is true harmony between business, government, and citizens.” – a recent quote from Carmel Fire Chief, Keith Smith.

We welcome you as visitors to our city at any time! 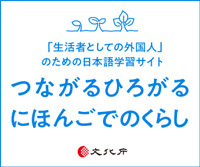